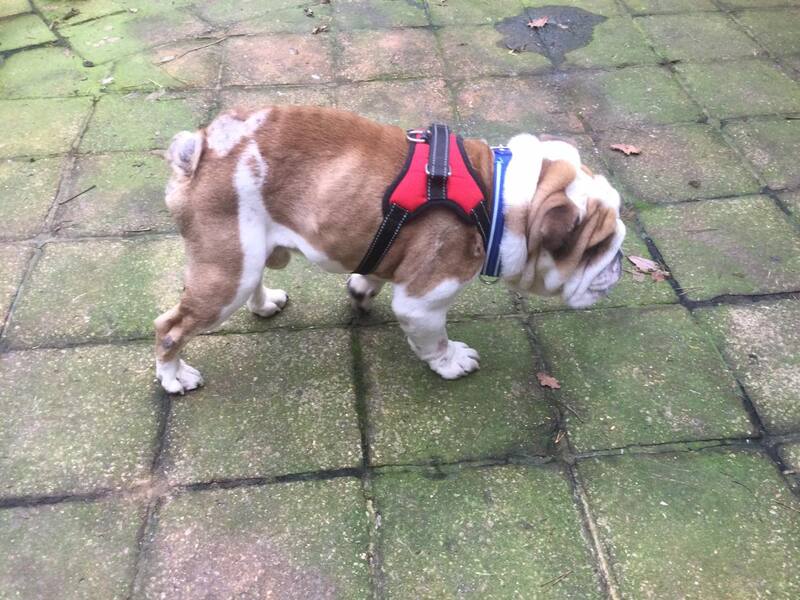 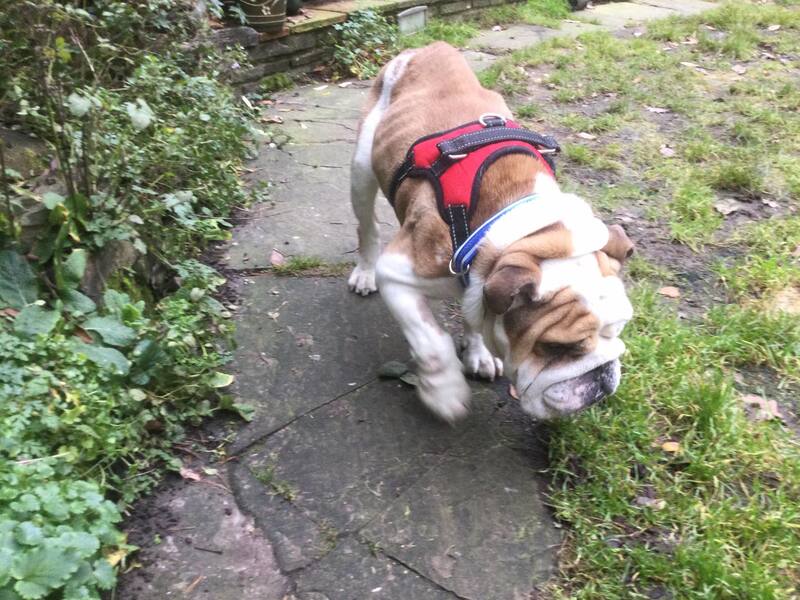 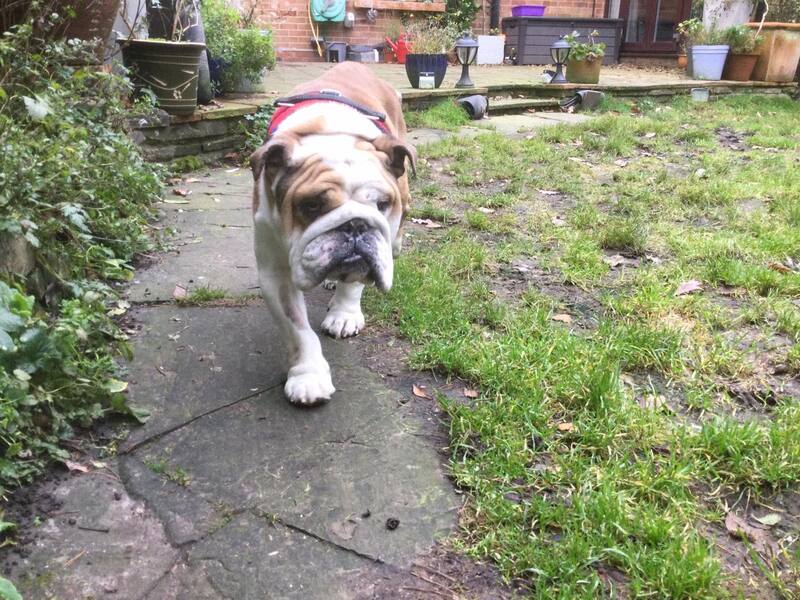 Say hello to poor neglected abandoned skinny 4 yr old, Benson. He was sold on Facebook by his first owner three years ago and Lord knows where he ended up but it wasn’t in a good place. We think he had been used for breeding and making money but dumped when he fell ill. Thankfully the wonderful Penstone Vets in Langley contacted us and after they castrated him, and removed 9 rotten teeth he came today. He’s off to his foster home later to have lots of bulldog experience. He’s a loveable hunk